WHY SANTORINI IS ONE OF THE MOST FASCINATING HOLIDAY DESTINATIONS… 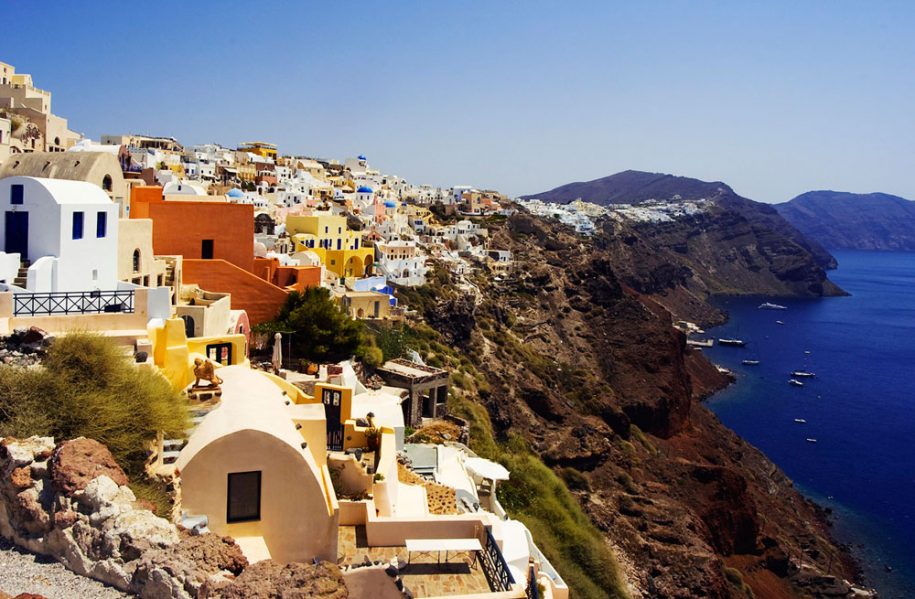 … and not just a romantic gateway

Santorini’s volcanic activity during the past 2-500,000 years has been dominated by very large explosive eruptions at intervals of few tens of thousands of years. The most recent of this type occurred at around 1613 BC and is known as the Minoan eruption.

The center of the explosion is located between Fira and Nea Kameni. Solids and gases hurled from the volcano and created a big gap in which precipitated the central part, forming the current caldera. The result was the creation of huge tidal waves that swept the coasts of the Aegean and the eastern Mediterranean.

Although at present dormant, Santorini has been active several times in recent times. This activity built the dark-colored islands of Nea and Palea Kameni inside the caldera. The last eruption on Nea Kameni occurred in 1950 and activity was recorded from 2011-2012. At present, Santorini is dormant, and volcanism manifests itself as fumarolic activity and hot springs around the islands.

Santorini, the most sought after holiday destination in Greece!

It will take your breath away with its white Cycladic houses lining the cliff tops, the amazing views to the Caldera and Nea Kameni (the volcano), the spectacular sunsets, the black and red beaches… Few places in the world combine such amazing sceneries, beautiful beaches, ancient cities, gastronomical food, fabulous wine… and an active volcano!

The best way to explore the island is on foot. We offer both guided and self guided walking holidays in Santorini for 4 and 7 days.

Read about our guided walking holiday that ends in Santorini…

OUR TOP LIST OF THINGS TO DO IN SANTORINI

Spring is really the best time to experience nature and observe flora and fauna in Santorini. By Easter it has been raining for quite a while and the island is unrecognizable. The hills in spring and during easter are carpeted with lush vegetation… the flora is quite spectacular!

I would recommend if possible to travel out-of-season, in April, May, June, September, October or November. During these months, the islands are more relaxed and accommodation and travelling is better value.

In April, May and June, the temperature of the sea water is a bit colder, but you can still swim. In September, October and November the islands are more dry and less green but the water temperatures of the sea are warmer.

Outside the tourist season (December – March) you can expect all kinds of weather, from short thunderstorms, wind and even (rarely) snow to lovely sunny days on which everybody rushes to the beach and a dip in the water.

If you wish to discuss the above or any other matter please don’t hesitate to contact us either by phone at +30 6976 761492 or email at info@nofootprint.gr

We look forward to hearing from you soon. 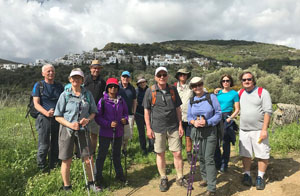 Receive our latest news and offers!

Back to Travel Diaries